Lo Denham is used to being on her own. After her parents died, Lo’s sister, Bea, joined The Unity Project, leaving Lo in the care of their great aunt. Thanks to its extensive charitable work and community outreach, The Unity Project has won the hearts and minds of most in the Upstate New York region, but Lo knows there’s more to the group than meets the eye. She’s spent the last six years of her life trying—and failing—to prove it.

When a man shows up at the magazine Lo works for claiming The Unity Project killed his son, Lo sees the perfect opportunity to expose the group and reunite with Bea once and for all. When her investigation puts her in the direct path of its leader, Lev Warren and as Lo delves deeper into The Project, the lives of its members it upends everything she thought she knew about her sister, herself, cults, and the world around her—to the point she can no longer tell what’s real or true. Lo never thought she could afford to believe in Lev Warren . . . but now she doesn’t know if she can afford not to.

I was spellbound by this book. The moment I picked it up I was hooked. It is not my typical read, I like to stick with good old fantasy, but Courtney Summers is a highly acclaimed author and so I wanted to try it out. I am glad I did, this is my first book by her and I’m already kicking myself over not having read Sadie yet. Gonna have to rectify that.

I loved the writing- it is both beautiful and relatable. You get to read from both sister’s POV, Bea set in the past and Lo in the present. Bea is the sister who became part of the Unity Project, as she was almost hypnotized by the project’s charismatic leader Lev Warren. In order to be a part of the project you have to leave all attachments behind, including family. In the present Lo is bitter that her sister abandoned her for what she thinks is a cult, and once there is even the slightest excuse for her to bring the organization down she takes it.

The Project deals with heavy issues in a very realistic way–abuse is definitely one of the main components, manipulation… Lo is a very vulnerable character who hides behind her cynicism–it is very interesting how things ended up and kind of surprising. I was expecting a twist, but at the end the path chosen is the more crunchy in terms of the human condition and the things we will do in order to be loved and accepted.

A lot of the time I honestly didn’t know if The Unity Project was a cult or even bad–the reader has no real insight, and we go in the same ride as Lo in trying to figure our what gives with this organization that seems to have taken Bea away from Lo. Maybe it isn’t the organization at all and it was Bea all along who wanted to stay away, not be responsible for a child at only 19 years old. Maybe Lo has created a reality in her head that just isn’t the truth…and Lo is all about finding the truth. It is genuinely interesting seeing cults from this lense, as you get to see the appeal and why so many people decide to join into this world. Or maybe Courtney Summers can just make anything work with her magic writing. Could be.

PS; Just going to point this out… THIS IS NOT YA. The MC is 19, her sister is 25. It does not read as YA either–It reads like new adult. New Adult has a bad rep at the moment; as far as I can tell the market is mostly over saturated with heavy romance or erotic novels, which makes it hard to market this kind of book to the adults who like reading YA so The Project is ergo being marketed as YA (also the author has a YA history). It is like saying ACOTAR is YA when we all know it is NA.

First off: Waterstones special edition of Ninth House has an exclusive cover that is TO DIE for! I already pre-ordered (£16.99), and just to give you a heads up Waterstones is based in the UK–which means you will be paying for shipping (£12.99) almost as much as the book itself. My opinion? WORTH IT.

The exclusive cover is gorgeous–if you are really interested I wouldn’t wait too much because these editions go quick. Waterstones Signed Edition with exclusive foiled jacket and boards.

If by the time you see this the edition is totally sold out (I feel your pain, it has happened to me with other books) then you will get a chance at other special editions according to Leigh Bardugo’s Tweet:

My real question is: will OwlCrate or Illumicrate be doing special boxes for these books? Ninth House is an adult book, so I am not positive and I have heard nothing about it. If I hear anything though Ill be sure to post.

May the odds be ever in your favor, 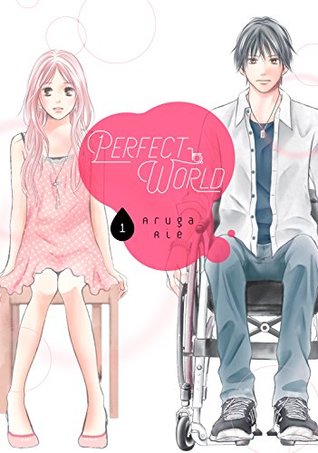 Tsugumi Kawana (26 years old) reunites with her first crush from high school, Itsuki Ayukawa, at a get-together with an architecture firm and the interior design company she works at. He sends her heart aflutter, until she realizes he’s now disabled, and in a wheelchair. At first she feels she couldn’t date a guy in a wheelchair, but then her feelings begin to change…

END_OF_DOCUMENT_TOKEN_TO_BE_REPLACED

Book Expo America, one of the biggest book industry events around happened just this last weekend…

And I totally missed it, for the 3rd time?

But I did obsess over the Twitter feed (#BookExpo2018). For days. Which is how now I have a handy list of book titles coming out within the year that look INCREDIBLY FANTASTIC and that I must pre-order straight away!

END_OF_DOCUMENT_TOKEN_TO_BE_REPLACED

After the death of her parents, Kat Thomas retreated from college life into an online fantasy game.

But what if the game she plays is closer to reality?

When a panther shifter named Alex knocks on her door one night, he delivers a message and a package. Kat’s birth mother was a powerful mage who has just been murdered…and now the killer is after Kat. The package contains her mother’s talisman: an amber necklace that latches onto Kat’s neck and attacks anyone who tries to remove it. Before she knows it, ice is shooting from her hands and she’s on the run from an assassin.

Kat must navigate a world of magic and intrigue, fight the forces who want her dead, and protect her friends from becoming collateral damage–all while coming to terms with her new identity. She’s heir to a powerful legacy, but only if she lives long enough to claim it.

Con – Kat in the beginning (she gets better)

END_OF_DOCUMENT_TOKEN_TO_BE_REPLACED

Elise Jameson is the secret author behind the bestselling, cult hit Viking Moon series. But when a stranger poses as Elise, the painfully shy, deaf nineteen-year-old starts to see how much she’s missing. Can she really hide in the shadows forever? This clever, coming-of-age debut is for anyone who has ever felt unsure in their own skin.

After a freak childhood accident leaves her deaf and physically scarred, nineteen-year-old Elise Jameson retreats into a world of vibrant characters she creates on her laptop. She is shocked when her coping mechanism turns into a career as a phenomenal bestselling novelist. Fans are obsessed with Elise’s Viking Moon series and its author—a striking girl with zero resemblance to Elise who appears on the back covers. Elise sent the randomly Googled photo to her editor following a minor panic attack. Now, horrified to learn she is expected on set of the television pilot based on her novels, Elise tracks down her anonymous stand-in. To Elise’s surprise, Veronica Wilde has been taking credit for Viking Moon for years. She eagerly agrees to keep up the charade if Elise will pose as her assistant.

It’s hard for Elise to watch a stranger take credit for her work and get all the perks she desires, including admiration from the show’s heartthrob star. Edged onto the sidelines of her own life, Elise reconsiders her choice to stay anonymous. Is she ready to come to terms with her true identity—and with the long-buried secrets that could cost her her career, her fans, and the few precious friendships she’s made?

As a sidenote I won’t be talking about Elise’s deafness or how its used in the book–in all honesty I have no experience with that facet of life, so I don’t want to comment on it as part of my opinion on the book.

END_OF_DOCUMENT_TOKEN_TO_BE_REPLACED

The Horseman is unending,
his presence shan’t lessen.
If you break the curse,
you become the legend.

Washington Irving and Rip Van Winkle had no choice but to cover up the deadly truth behind Ichabod Crane’s disappearance. Centuries later, a Crane returns to Sleepy Hollow awakening macabre secrets once believed to be buried deep.

What if the monster that spawned the legend lived within you?

Now, Ireland Crane, reeling from a break-up and seeking a fresh start, must rely on the newly awakened Rip Van Winkle to discover the key to channeling the darkness swirling within her. Bodies are piling high and Ireland is the only one that can save Sleepy Hollow by embracing her own damning curse.

But is anyone truly safe when the Horseman rides?

Cons – The alternating chapters disrupt the flow of the story, at times the story gets lost in its own mythology, Ireland gets super annoying at times