Lo Denham is used to being on her own. After her parents died, Lo’s sister, Bea, joined The Unity Project, leaving Lo in the care of their great aunt. Thanks to its extensive charitable work and community outreach, The Unity Project has won the hearts and minds of most in the Upstate New York region, but Lo knows there’s more to the group than meets the eye. She’s spent the last six years of her life trying—and failing—to prove it.

When a man shows up at the magazine Lo works for claiming The Unity Project killed his son, Lo sees the perfect opportunity to expose the group and reunite with Bea once and for all. When her investigation puts her in the direct path of its leader, Lev Warren and as Lo delves deeper into The Project, the lives of its members it upends everything she thought she knew about her sister, herself, cults, and the world around her—to the point she can no longer tell what’s real or true. Lo never thought she could afford to believe in Lev Warren . . . but now she doesn’t know if she can afford not to.

I was spellbound by this book. The moment I picked it up I was hooked. It is not my typical read, I like to stick with good old fantasy, but Courtney Summers is a highly acclaimed author and so I wanted to try it out. I am glad I did, this is my first book by her and I’m already kicking myself over not having read Sadie yet. Gonna have to rectify that.

I loved the writing- it is both beautiful and relatable. You get to read from both sister’s POV, Bea set in the past and Lo in the present. Bea is the sister who became part of the Unity Project, as she was almost hypnotized by the project’s charismatic leader Lev Warren. In order to be a part of the project you have to leave all attachments behind, including family. In the present Lo is bitter that her sister abandoned her for what she thinks is a cult, and once there is even the slightest excuse for her to bring the organization down she takes it.

The Project deals with heavy issues in a very realistic way–abuse is definitely one of the main components, manipulation… Lo is a very vulnerable character who hides behind her cynicism–it is very interesting how things ended up and kind of surprising. I was expecting a twist, but at the end the path chosen is the more crunchy in terms of the human condition and the things we will do in order to be loved and accepted.

A lot of the time I honestly didn’t know if The Unity Project was a cult or even bad–the reader has no real insight, and we go in the same ride as Lo in trying to figure our what gives with this organization that seems to have taken Bea away from Lo. Maybe it isn’t the organization at all and it was Bea all along who wanted to stay away, not be responsible for a child at only 19 years old. Maybe Lo has created a reality in her head that just isn’t the truth…and Lo is all about finding the truth. It is genuinely interesting seeing cults from this lense, as you get to see the appeal and why so many people decide to join into this world. Or maybe Courtney Summers can just make anything work with her magic writing. Could be.

PS; Just going to point this out… THIS IS NOT YA. The MC is 19, her sister is 25. It does not read as YA either–It reads like new adult. New Adult has a bad rep at the moment; as far as I can tell the market is mostly over saturated with heavy romance or erotic novels, which makes it hard to market this kind of book to the adults who like reading YA so The Project is ergo being marketed as YA (also the author has a YA history). It is like saying ACOTAR is YA when we all know it is NA. 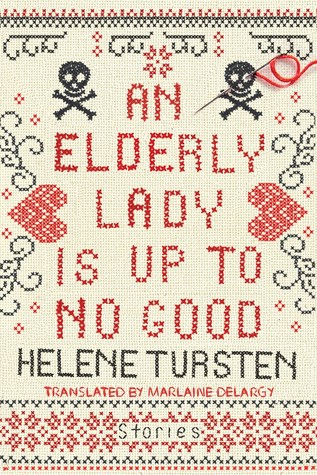 END_OF_DOCUMENT_TOKEN_TO_BE_REPLACED

Ten years ago, college student Quincy Carpenter went on vacation with five friends and came back alone, the only survivor of a horror movie–scale massacre. In an instant, she became a member of a club no one wants to belong to—a group of similar survivors known in the press as the Final Girls. Lisa, who lost nine sorority sisters to a college dropout’s knife; Sam, who went up against the Sack Man during her shift at the Nightlight Inn; and now Quincy, who ran bleeding through the woods to escape Pine Cottage and the man she refers to only as Him. The three girls are all attempting to put their nightmares behind them, and, with that, one another. Despite the media’s attempts, they never meet.

Now, Quincy is doing well—maybe even great, thanks to her Xanax prescription. She has a caring almost-fiancé, Jeff; a popular baking blog; a beautiful apartment; and a therapeutic presence in Coop, the police officer who saved her life all those years ago. Her memory won’t even allow her to recall the events of that night; the past is in the past.

That is, until Lisa, the first Final Girl, is found dead in her bathtub, wrists slit, and Sam, the second, appears on Quincy’s doorstep. Blowing through Quincy’s life like a whirlwind, Sam seems intent on making Quincy relive the past, with increasingly dire consequences, all of which makes Quincy question why Sam is really seeking her out. And when new details about Lisa’s death come to light, Quincy’s life becomes a race against time as she tries to unravel Sam’s truths from her lies, evade the police and hungry reporters, and, most crucially, remember what really happened at Pine Cottage, before what was started ten years ago is finished.

Pros – the reveal at the end, Quincy, the entire book

Note – I can’t stress enough pay attention to the details in this book. Every. Single. One.

Spoiler – I don’t spoil anything! Not even whether or not people live or die!

END_OF_DOCUMENT_TOKEN_TO_BE_REPLACED

The last thing sixteen-year-old Jamie Watson–writer and great-great-grandson of the John Watson–wants is a rugby scholarship to Sherringford, a Connecticut prep school just an hour away from his estranged father. But that’s not the only complication: Sherringford is also home to Charlotte Holmes, the famous detective’s enigmatic, fiercely independent great-great-granddaughter, who’s inherited not just his genius but also his vices, volatile temperament, and expertly hidden vulnerability. Charlotte has been the object of his fascination for as long as he can remember–but from the moment they meet, there’s a tense energy between them, and they seem more destined to be rivals than anything else.

Then a Sherringford student dies under suspicious circumstances ripped straight from the most terrifying of the Holmes stories, and Jamie and Charlotte become the prime suspects. Convinced they’re being framed, they must race against the police to conduct their own investigation. As danger mounts, it becomes clear that nowhere is safe and the only people they can trust are each other.

Cons – Charlotte is too…well Holmes like, wavers between being a straight up “re-imagining” and “inspired by”, possibly the adults in this book (with ONE exception) are just on drugs the entire time

END_OF_DOCUMENT_TOKEN_TO_BE_REPLACED

A RUTHLESS GANGSTER
on a grisly quest to attain immortality

A DESPERATE FATHER
who crossed oceans to free his enslaved son

A TRAIL OF RIDDLES
and the mythical treasure they all seek:

Cons – Making me think that certain folk aren’t around anymore, Not Quite Dead villainy

END_OF_DOCUMENT_TOKEN_TO_BE_REPLACED

In modern-day London, two brilliant high school students, one Sherlock Holmes and a Miss James “Mori” Moriarty, meet. A murder will bring them together. The truth very well might drive them apart.Before they were mortal enemies, they were much more.

FACT: Someone has been murdered in London’s Regent’s Park. The police have no leads.

FACT: Miss James “Mori”Moriarty and Sherlock “Lock” Holmes should be hitting the books on a school night. Instead, they are out crashing a crime scene.

FACT: Lock has challenged Mori to solve the case before he does. Challenge accepted.

FACT: Despite agreeing to Lock’s one rule–they must share every clue with each other–Mori is keeping secrets.

OBSERVATION: Sometimes you can’t trust the people closest to you with matters of the heart. And after this case, Mori may never trust Lock again.

Pros – Surprisingly engaging take on the characters of Sherlock Holmes and James Moriarty, offers a tangled mystery, banter between Lock and Mori is delightful

Cons – The mystery becomes predictable as soon as a certain clue or two is revealed, character development is uneven, first person perspective means we get plenty from Mori’s side of things, but very little from Lock’s