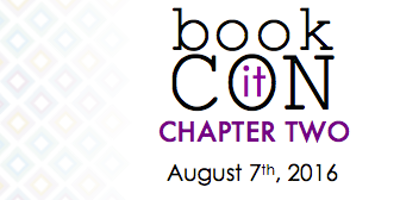 What is Bookitcon you ask? Its a charity event run by the seriously awesome Nori (of ReadWriteLove28) held in South Jersey to help promote literacy in children. The event raised money buy new books for two K-8 schools in Camden, NJ whose libraries need updating as well as create a library for the nonprofit group Grace in the Mud.

Well that’s the official reason – the unofficial reason is its an event for South Jersey that brings in a boatload of YA authors from across the genre divide so readers can meet, greet and be merry. Which I totally did and more importantly survived. Read my recap to find out about the author shenanigan’s, then mosey over to my recap about Panel 1 Surprises in Publishing – this recap covers the second Panel of the day!

Second panel of the event and boy howdy was I read for this! Panel 1 was way cool and informative and the opening stage of everyone introducing themselves for this panel was amusing and fun. High hopes were met!

Question: Where did you find inspiration?

Question: What role does or does not research play? How do you decide what real life experience to use?

Question: Would you like to experiment in other genres?

Question: Experience with rejection that you had? (I apologize for this being truncated as I lost some concentration when my friend asked me a question)