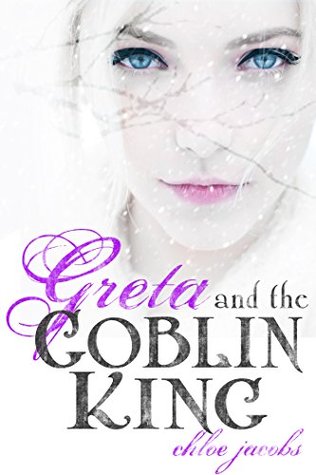 While trying to save her brother from the witch three years ago, Greta was thrown into the fire herself, falling through a portal to a dangerous world where humans are the enemy, and every ogre, goblin, and ghoul has a dark side that comes out with the full moon. To survive, 17-year-old Greta has hidden her humanity and taken the job of bounty hunter–and she’s good at what she does. So good, she’s caught the attention of Mylena’s young Goblin King, the darkly enticing Isaac, who invades her dreams and undermines her determination to escape. But Greta’s not the only one looking to get out of Mylena. The full moon is mere days away, and an ancient evil being knows she’s the key to opening the portal. If Greta fails, she and the boys she finds stranded in the woods will die. If she succeeds, no world will be safe from what follows her back . . .

Notes – This is an older review from my old blog, Poisoned Rationality. As such I haven’t read this book in a while. That said, I still like this review. I’ve made slight edits to it.

Review – Firstly, I was a bit reluctant to read this initially. I was interested, but I was really worried it would be hokey as heck. Second, that cover (edit: the original cover, I like the newer cover) does this book no justice. Its pretty enough, but the novel is much darker then it suggests.

Greta is, for all intents and purposes, the Special One in a world where being the Special One is not something you want. She’s faster, stronger and way more reckless then your typical human (plus some of the supernatural creatures running around), but she’s also grouchy, snappish and wholly more anti-social then nearly everyone else too.

Issac meanwhile is pretty much everything you’ve come to expect from the Alpha Males of paranormal/fantasy romances of late (YA or otherwise). I’m with Greta–where the hell is the teasing, kind of dorky guy she kind of talks about and kind of shows up on occasion? When did ‘love interest’ in a PNR become short hand for ‘guy who pushes the heroine around while manipulating events’? The possible romantic third did nothing for me–he annoyed me MORE because it was obvious he was a third wheel to the romance. Why does everyone have to be in love with everyone else? Why can’t they be really good friends who care about each other but don’t necessarily want anything more? (edit: I still want to know the answer to this).

Mylena itself was a bit iffy world-building wise. I think its a land of perpetual winter, or at least where Greta was hanging about it seemed to be (which was the Goblin territory). How anybody managed to survive is beyond me. Economy, trade, agriculture–the world is given a very basic and broad swipe. Part of it may be because Greta really only knows the Goblin territory (having never ventured outside of it, that we know of at least) and if they had sat down to discuss the economic division of each ‘kingdom’ it would have tanked the suspense of the plot, but seriously. Something.

There’s a surprise for Greta, that isn’t much of a surprise since it was telegraphed unsubtly, though I was surprised at some of Issac’s actions. Relatively speaking Greta’s only known him two weeks (their meeting occurred off screen, before the book began). Plus she has the barest understanding of how being the Goblin King works so its not terribly shocking that she doesn’t understand the position Issac is thrust into, but she reacts badly.

That aside, this book didn’t mess around. Practically nothing got a pass because its meant to be for the teen set–someone does something stupid they died, didn’t matter who they were. Someone doesn’t think of the consequences, well they got the bitter pill of reality right quick enough. Even Greta, who as the title character is almost guaranteed a pass to surviving, gets herself routinely beat up, scratch, cut, stabbed and thrown around. More than any of the male characters.

Really this didn’t feel like a YA fantasy, this felt a bit more like the old school portal fantasies and that’s not necessarily a bad thing. I’m interested to see how Greta’s actions play out and I sincerely hope that certain people do not pop back up. Not needed. Cut them out. Throw them off a cliff.