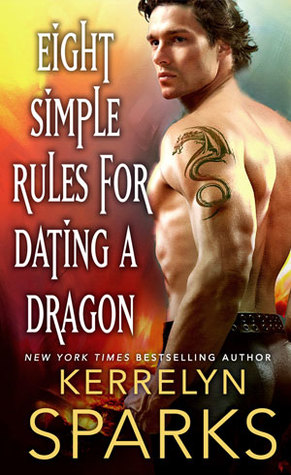 Gwennore has a talent. An Elf able to track down the cause of an illness and heal it, she’s a valuable asset to her people. When the kidnapping of a young girl thrusts Gwennore into the very heart of the realm of the dragons, she discovers not only a place of power and magic, but also a haunted land, plagued by an ancient curse that all but ensures extinction to the royal family. But when she meets the smoldering General Silas Dravenko, they strike a bargain—save the country from its cursed illness, and he will return the kidnapped girl. She’s been raised never to trust a dragon, but never did making a deal with the devil feel so good…

Silas has no way of curing the family he’s loyally served for years. But when a beautiful elf, long considered the enemy of the dragons, comes bursting into his world, Silas is awakened to passion and desire in a way he’s never felt before. But can he trust a sworn enemy to save the very existence he holds dear? And can their love survive those that threaten to tear them apart?

Notes – Third in the series, so this book, and some of my commentary therein, spoils the outcomes of the first two books.

Review –  Eight Rules huh? More like one rule and a whole bunch of ancillary actions required to support that rule.

This gave me the same vibe as GA Aiken’s Dragon Kin books, try to fight me on it. Heroine who isn’t a pushover, hero who is at pains to prove he is reliable and worthy of the heroine, a lot of banter, friendships and a ludicrous plot designed to fail…

I loved it all.

Some was repetitive – Gwen was a little to over fond of talking herself into circles and dear sweet stars if one more person mentioned how afeared folk were of those born into the Cursed Dragon Clans I’d offer myself up as a sacrifice.

Having not read the other two books I was a little lost when it came to details important to Gwen’s sisters Luciana and Brigitte various romantic struggles as well as who the holy hell “The Chameleon” was, but overall this book stood well on it’s own.

The various side characters rounded out the cast – Dimitri, Aleksi, Annika, Margosha and my personal favorite Olenka (she’s unrepentantly delightful and loyal) as well as Nissa and Karlan. The villains were….ok in their way. Romak was hardly worth noticing and Fafnir turned out to have such pedestrian aspirations.

I did side eye some things – Sparks did some truly acrobatic things with the plot to keep Gwen for guessing Silas’ secret too quickly and some of the story elements didn’t add up (the War with the elves for instance) though I’m fairly sure the next book will focus on the elves so it might make sense once I have both sides of the War.

In all I greatly enjoyed this book and while I won’t go backwards to read the two I missed (not yet anyhow) I do look forward to the next ones.

3 thoughts on “Book Review: 8 Simple Rules For Dating a Dragon”