That the powers that be are coming out with a 10th anniversary edition to City of Bones that looks like a book about magic and spells and pretty much awesomeness? Also according to EW.com the book will have “a cloth-over-board jacket with text and art stamped in foil”.

I can already feel my bookish senses tingling.

Not to mention this edition will also have art featuring the characters, like Jace?? 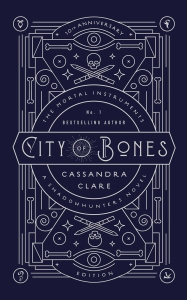 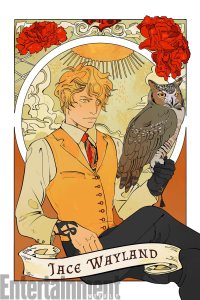 Swoon! Though to be honest this Jace is too, sophisticated for my tastes? I don’t know, I guess I was expecting less tie and more “dark-emo clothes” teenager. This reminds me more of the Infernal Devices style of clothing, very old school.

If you are a fan of Cassandra Clare then this is a no brainer, you have to pre-order. And if you have never read these books… 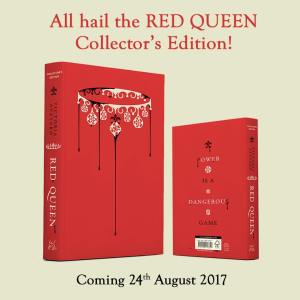 Now, the next collectible is Red Queen by Victoria Aveyard, which yes I don’t think it has made as much of a splash as City of Bones, but it is still highly liked among the YA community. This collector’s edition will include “exclusive new material from the author, and brand new cover art printed on the board with intricate foiling.”

I swear they come out with these beautiful books just to torture my wallet.

Last but not least, this was a book brought to my attention by Lexie, and it is will be a little harder to get your hands on it (mainly, because it is the UK edition of Leigh Bardugo’s–she wrote The Grisha Trilogy and Six of Crows, both fantastic books– Wonder Woman: Warbringer). 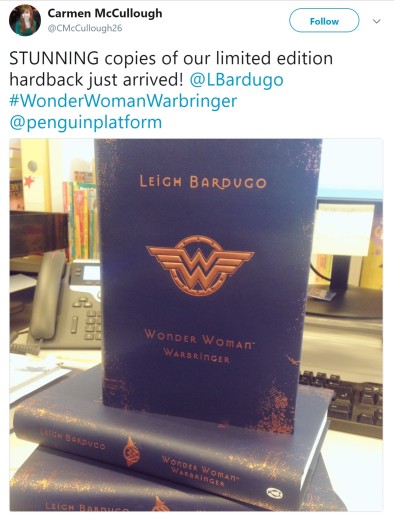 And while I am partial to reading Comic Books instead of superhero books, it is pretty hard for me to give this one a pass because HAVE YOU LOOKED AT THE PRETTY? Lexie already pre-ordered it. This limited edition also includes bookplates signed by the author…

Be still my YA loving/collector’s heart.