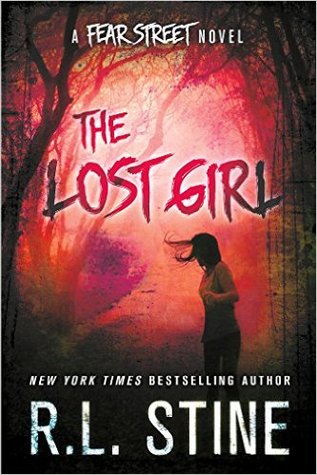 New student Lizzy Palmer is the talk of Shadyside High. Michael and his girlfriend Pepper befriend her, but the closer they get to her, the stranger she seems… and the more attractive she is to Michael. He invites her to join him on a snowmobile race that ends in a tragic accident. Soon, Michael’s friends start being murdered, and Pepper becomes convinced that Lizzy is behind the killings. But to her total shock, she and Michael are drawn into a tragic story of an unthinkable betrayal committed over 60 years ago.

Pros – Stine delivers on the terrifying factor (if you don’t walk away with at least two new fears of how to die I’ll be shocked), its not just a dude in a mask, my fear of horses is completely vindicated

Cons – convoluted plot, annoying characters, useless adults…honestly this is a Fear Street novel so these aren’t really cons as much as typical attributes of the books you tolerate because you’re not reading these for fine literature

Review – So its rather hard to write a review about Fear Street books (the original books or the Relaunch titles) because they are not written to be taken seriously.  I honestly believe that Stine is the biggest troll author to ever troll his readers, constantly pushing harder and harder to see when exactly we will all throw up our hands and declare his books intolerable.

If you read any of my Goodreads updates (which you should, I find myself simply hilarious) you’ll know this book gets pretty out there.  Kids die, horses go crazy, female characters state women aren’t good at things like math…

In my review of the first Relaunch title (Party Games) I had a very real complaint about how no one seemed to die.  Like every single death was a cop-out pretty much.  It was by far one of the tamest “Fear Street” books I had ever read (and I’ve read most of them).  In my (not really a proper) review for the second title, Don’t Stay Up Late, things improved because people actually died and in some rather creepy ways.

Stine decided to make The Lost Girl the creepiest book to creep me out since…oh god I think it was one of the Saga books.

In some ways I felt bad for Lizzy, she had a crappy hand dealt to her and really its no wonder things happened the way they did.  In other ways I’m TOO FAR LIZZY TOO FAR.  When you’re as far off the deep end as Lizzy is, well…let’s just say the Evil that terrorized the Cheerleaders back in the day wouldn’t touch her crazy for any reason.  I honestly wouldn’t be surprised if Lizzy was a Fier/Fear in some way.

Michael and his friends are just stupid. There’s no other word for it. I’ll give a little leeway to his girlfriend Pepper, but even that gets cut off when all she does is bitch about the fact he’s hanging with Lizzy instead of her directly after a friend is brutally murdered.

The adults are a truly new shade of Useless.  Not quite as bad as the ones in Don’t Stay Up Late (who were actively aiding the evil monster), but they really don’t do anything good for anyone and indirectly help Lizzy out.

I’ll say this though, I was actively traumatized by the scene with the horses.  I mean it.  Actively. Traumatized.  Not that the Fear Street books were ever meant for young teens, but I would think twice before handing this to anyone under the age of 17.

In all this is pretty much on par with what a Fear Street fan can expect and would want.  Now excuse me, I need to see a man about fire-bombing a town called Shadyside…

One thought on “Book Review: The Lost Girl”