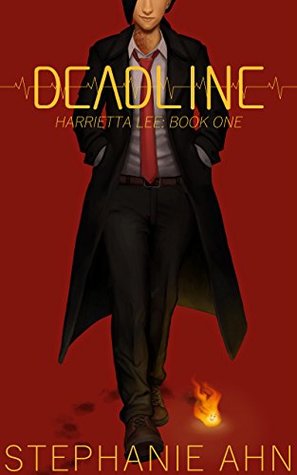 Review -Her puns are slightly better than her common sense

I picked this up from KU for a couple reasons:
1) Korean- American, Lesbian PI in New York
2) urban fantasy noir
3) it’s a story about family

Thoroughly dysfunctional, terrifying and dangerous family…but family none the less.

Here’s Harry – resourceful, quasi-practical and 100% messed up. Is she in a better place than she was? Debateable. Through flashbacks and character discussion it sounds like Harry was in a SUPER bad place previous to the story.

She’s better-ish and working diligently to stay that way. It’s at times hard to tell if the problems that occur are purely her bad luck or a form of subconscious masochism. She acknowledges, fairly often, when her actions are a BAD idea.

Still does them though.

Meanwhile like any good noir the client is thoroughly unreliable. I do wish that he had been a little less standard issue screw up. He’s possibly the textbook definition of Entitled “Nice” White Guy.

I hope to see more of Lilith and Laylah and Luce, as well as the development of what Harry’s unique magic means. Maybe also how often Harry’s big mouth forces Miriam’s hand in dealing with the consequences. That scene was perfectly timed.

Published by: Author-published
Release: May 15, 2018
Series: Harietta Lee Book 1
Add it to Goodreads