I read nothing in the last two weeks that’s Holiday related – not even if you squint. 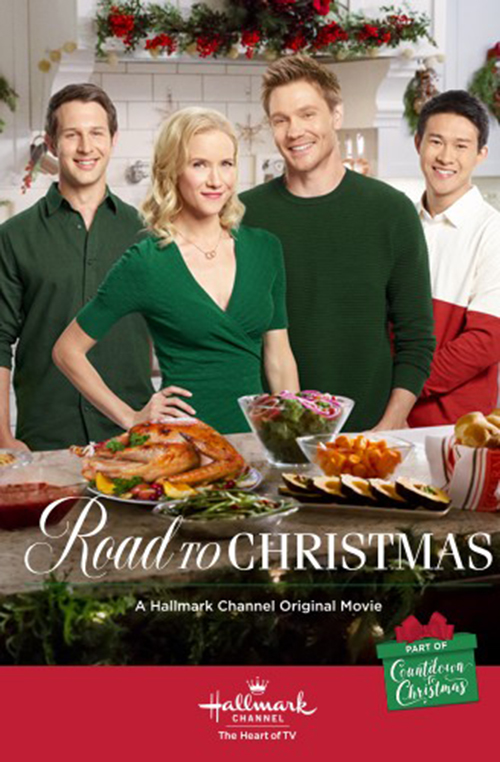 “Los Angeles television producer Maggie Baker unwittingly falls for Danny Wise, the son and former producer of his mother’s popular annual Christmas special Julia Wise Lifestyle. When Maggie’s secret plan to reunite Danny and his two brothers with Julia during the live broadcast in Vermont goes awry, Maggie is reminded that above all, it is the love for family and friends that makes the merriest of Christmas.”

So basically Julia Wise is Martha Stewart without the legal issues. This was a cute movie…with some awfully forced diversity happening in the form of the youngest brother Derek. I think it would have been fine if they didn’t mention, fairly often, that he’s adopted as well as David, the middle brother. It makes the fact that David and Derek usually spend Christmas together, but separate from the mother or Danny a bit…side-eye.

Chad Michael Murray is at his charming, boyish best and Jessy Schram works well with him and the others. 2.5 stars 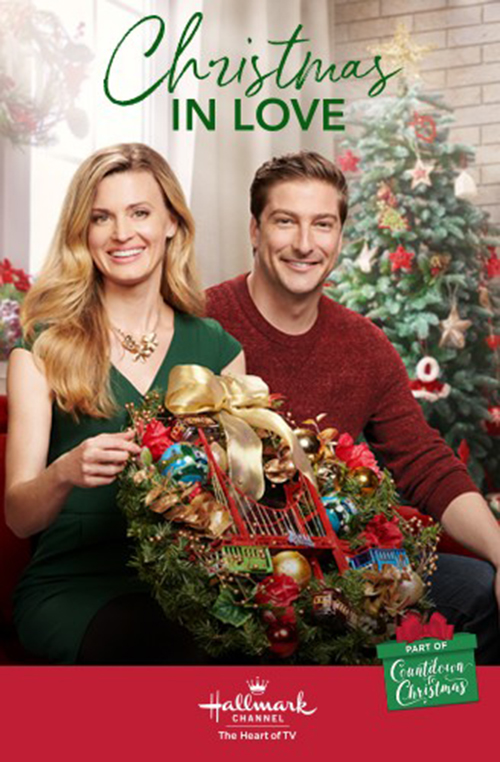 “Ellie Hartman is an aspiring crafter working in her small town’s bakery making famous Christmas Kringles. When the new, big-city CEO Nick Carlingson visits the bakery, he arrives filled with modernization ideas destined to lay off many employees. During his visit, Ellie is to teach Nick how to make a Kringle, and determined to show him it’s the people who make the business a success, not machines. Nick meets more of the employees and townspeople, visits the food bank and begins to see all the kindness that is shared, and he begins to soften — though not convinced automation isn’t better. ”

I’m not entirely sure that in the end Nick deserved Ellie, but I did appreciate that even though this had to do with a bakery it did not feature a baker main character. She knows how to, and enjoys it, but its not her passion. This season seems pretty heavy on either bakers or photographers (as well as Royals) so it was nice to see Ellie had a different passion. I do look a little askance at the fact the father wanted Nick to understand the importance of the town/the people of the factory, but waited until his son was in his 30s to tell him to go visit.

It seemed like a better idea to bring him as a kid…actually it would have made good drama. He used to come all the time as a kid, loved the factory and the town (and maybe Ellie), but as he got older he drifted away and revisiting as an adult rekindles that love he had (in more ways than one). I would have bought the romance a little more too. 3 stars

“As Christmas approaches, Noelle (Bure) is at a crossroads in her life when it seems that love, a connection with her father, and her dream career are out of reach. When she stays late at her job in a department store on a snowy Christmas Eve, she accidentally gets locked in after closing. She isn’t too concerned about the prospect of spending the night in the store… until a quirky woman appears out of nowhere in the shoe department and tells Noelle that she’s her guardian angel. Soon, Noelle finds herself revisiting Christmases past, present, and future as she must work with her new neighbor, a handsome, Christmas-loving firefighter, to plan the annual Christmas Charity Gala.”

Ok while I did not enjoy the heavy Christian themes (which a lot of the Hallmark movies seem to try and not push that agenda as much anymore…I forgot the Candace Cameron Bure ones are always the exception), I did like the premise a lot. I want Jean Smart to come back in another movie with another couple (maybe a shy bookshop girl and a professor….??) because she was delightful. Also I adore Luke McFarlane in anything he does and he can dress up as a Firefighter always thank you very much. 3 stars

“Wedding Planner, Kelsey Wilson, is about to have her big break: planning her beloved cousin’s lavish and exclusive wedding. Everything is going smoothly until Connor McClane, a devilishly handsome private investigator, shows up and turns Kelsey’s world upside-down. Hired by a secret source, Connor quickly disrupts the upcoming nuptials but wins Kelsey’s heart in the process.”

This was…something else. It falls on the cheaper end of Netflix efforts and shows (the entire end sequence between Kelsey and Connor outside the church is SO OBVIOUSLY taped against a green screen it physically hurt to watch) and I honestly didn’t get the romance angle. There was some cute moments during the stake out, but that’s most chemistry (or goodwill) I felt they had as a couple. Additionally the husband-to-be was so shady. And this wraps up way too patly.

I did find the fact that no one seems bothered by the fact that Kelsey is still grieving her dead mother so much that she texts to her and pays for the phone bill just to still feel connected to her. That seems like something maybe her Aunt should have helped her with somehow. 2 stars 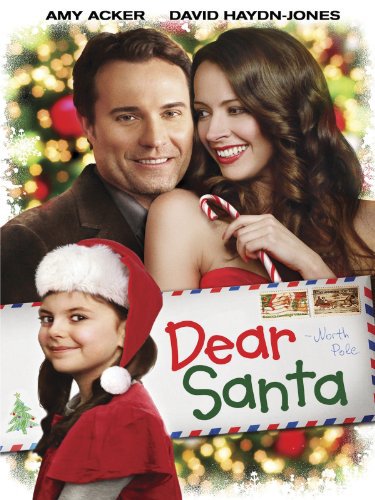 “A young woman who comes from a life of privilege falls for the owner of a soup kitchen after discovering a Dear Santa letter written by his seven year old daughter.”

I will literally watch anything with Amy Acker in it. She’s just the BEST. Aside from that, this is a pretty cute Christmas romance. I don’t think he’s good enough for her, because again Amy Acker is unto God in my book, but that’s fine. She was happy. 4 stars

That’s all folks – I’m only 7 down on the 33 new Hallmark movies, so I’m slacking for sure. Maybe I’ll have more time during the actual holidays?