Yowch! However I expected it since I was trying to weed through the stories that I knew I had already read in the past, but didn’t somehow review (apparently a few were for good reason).

By far my favorite from this week’s group was from ALL I WANT FOR CHRISTMAS IS A DUKE (Amazon Link / Goodreads Link) with Vivienne Lorret’s story “The Duke’s Christmas Wish”. Its part of her “Season’s Original” series, but it was just so CUTE that North created the Regency version of Match.com and was constantly confounded why it wasn’t better received by everyone.

My least favorite is HOLIDAY HEARTWARMERS from Mimi Barbour (Amazon Link / Goodreads Link) – its a set of three stories all set in Carlton Grove with a trio of adorable Samoyed  puppies all helping folk basically find a better Christmas. Sounds good right? Except the first story “Snow Pup” has child abuse as the central theme and the second story “Find Me a Home” mentions the female lead being Wheelchair bound, but unless I missed my guess it wasn’t because she had a disability, but because she had an injury. I didn’t even get around to “Frosty the Snowman” because frankly I was worried what it would bring. 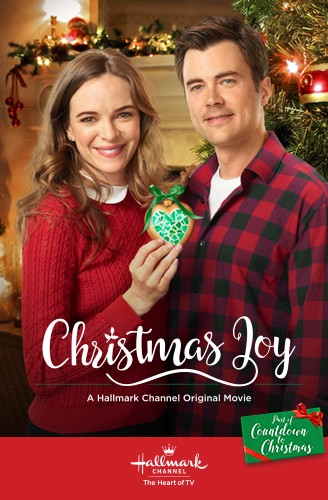 Joy (Panabaker) is a Marketing Genius (no really) at a prestigious DC firm who’s ready for a top line promotion…until the Aunt that raised her after her mom dies falls and hurts her ankle. Heading home to Crystal Falls to help take care of her she agrees to prepare her Aunt’s home for the annual “Cookie Crawl”. Which is way more involved and is Leslie Knope organizational binders worth of effort.

Ben (Long) is a Hospital Administrator who loves living in a small town, is looking forward to helping his mom with the annual Gingerbread Competition and has no time for Big City gals since he just can’t live that life. Of course they’re thrown together (his mom and her aunt are besties) and decide to help one and other. Romance ensues, misunderstandings ensue and in what has got to be the silliest move ever Ben drives 5 hours to DC, has a cowardly moment and runs back home again ten seconds later.

Overall I really enjoyed this movie – Panabaker is (as always) so freaking charming I don’t understand how she is of this world. Long is a decent male love interest, though he doesn’t quite sell his disenchantment with Big City Gals the way I think he should have. He’s supposed to be over it all, but he’s so flirty and charming with Panabaker its hard to understand what he means by not liking them.

I do take umbrage to the fact that if Panabaker hadn’t made the choice she did I don’t think this romance would have continued (he’s bloody stubborn), but overall well worth the heart warming feels it gave me.

That’s all folks – way less watching then I would have liked (dear lord there’s 33 new Hallmark movies this year alone – which I hope you downloaded their Countdown to Christmas App to keep track!), but I’ll make it up don’t you worry.